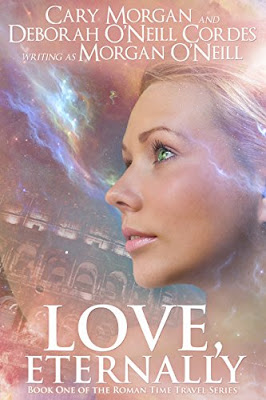 Book One of the
Roman Time Travel Series


About the Book:
A witch's ancient curse propels talented flutist Gigi Perrin back to A.D. 408, to the court of the depraved Roman Emperor Honorius and his admirable sister, Princess Galla Placidia. There, Gigi grapples with her disbelief about what has happened, and with the strange, new world of violent politics, social upheaval and barbarians straining at the very gates of an empire. Through it all, she must struggle with her powerful attraction to a pagan senator and military commander, Quintus Magnus, a man exotically different from anyone she has ever known. On the brink of a dark and war-torn age, Gigi joins forces with Magnus, battling to save a princess and her people, and ultimately finding love amid the chaos, before the fall of Rome. 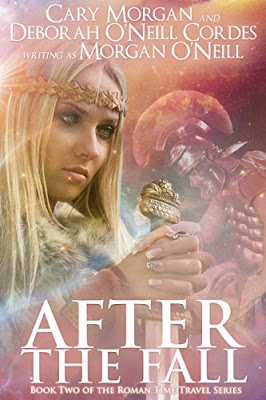 After the Fall
by Morgan O'Neill

About the Book:
After the Fall ratchets up the tension as time traveler Gigi Perrin and her husband, the Roman warrior Quintus Magnus, join forces with the Visigoth King Alaric to march on Rome. There waits Princess Galla Placidia, the admirable sister of the despicable Emperor Honorius. About to be forced into an arranged marriage by her brother, Placidia fears a bleak future, trapped in a loveless union.
In an attempt to save Rome from barbarian invasion, Placidia puts aside her troubles and meets with Alaric’s delegation, which includes Gigi and Magnus, and the king’s second-in-command, the Visigoth prince, Athaulf. The attraction between Placidia and Athaulf is instantaneous and overwhelming, but theirs is a forbidden love, destined to fail because of implacable politics and impending war.
Bound by a friendship that transcends time, Gigi and Placidia must do whatever they can to protect the men they love, after the fall of Rome. 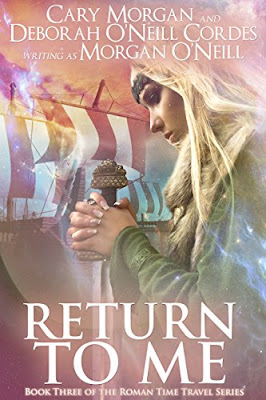 Return to Me
by Morgan O'Neill

About the Book:
Return to Me finds time traveler Gigi Perrin happily settled into twenty-first century life with her husband, the former Roman senator and military commander, Quintus Magnus. Gigi has resumed her successful musical career, playing the flute for her adoring fans, while making her first foray into Hollywood by creating the musical score for a feature film about the Roman emperor Nero.
At the film’s wrap party, Gigi is presented with a gift to commemorate her work: an ancient Roman ring depicting the goddess Victoria. Stunned, she and Magnus recognize it as the very ring that brought them together, and the one subsequently stolen from her and lost in A.D. 410. How did it make its way back to them? Magnus believes the answer is clear; Victoria sent it as a warning about their dear friend, Princess Galla Placidia. They start researching what happened to Placidia after Gigi and Magnus time traveled from the barbarous fifth century. To their shock, they discover Placidia's life took a series of terrible turns, culminating with the murders of her children.
Realizing they have no other choice, Gigi and Magnus prepare to embark on a perilous quest to go back in time and rescue them. But one ominous question remains – how can they save the children without altering the course of history? 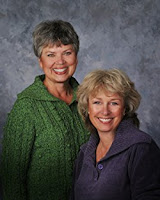 A chance meeting at a writers' conference brought Cary Morgan and Deborah O'Neill Cordes together, two award-winning authors who connected because of a mutual love of time travel fiction. Collaboration ensued, the search for a pen name the first step in their working relationship. Their maiden names provided the solution - and "Morgan O'Neill" was born.  Cary and Deborah's backgrounds are uniquely suited to writing stories steeped in atmosphere and history: Deborah has a master's degree in history and is a dedicated genealogist; Cary is a talented linguist in French and is currently a student of Latin. They've traveled to Europe's ancient and medieval sites many times, with Cary living on the Continent for five years.  The Morgan O'Neill time travel novels have received a number of literary awards, including two finalist wins in the Booksellers' Best Awards, two semifinalist wins in the William Faulkner-William Wisdom Creative Writing Competition, first, second, and third place wins for the Mainstream Novel with Strong Romantic Elements category of the Golden Rose Contest, a top ten finalist award in the Pacific Northwest Writers' Conference Zola Awards Literary Contest, and a top ten finalist win in the Orange Rose Contest.

Posted by Paranormal Romance Fans for Life at 1:00 AM